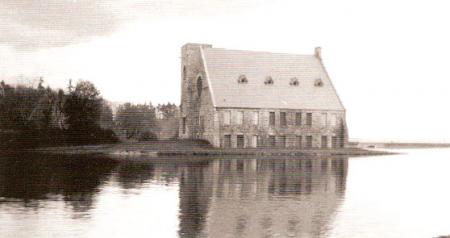 Incorporated in 1808, West Boylston was created from parts of Shrewsbury, Boylston, Lancaster, Sterling and Holden. These lands had been parts of earlier grants made to the settlers of the region.

The 18th century witnessed the arrival of pioneers attracted to the area by the fertility of the soil and the opportunities for development afforded by its location at the site where the Quinapoxet River joins the Stillwater River to become the southern branch of the Nashua River.

Apple and rye farms flourished with a gradual change in the latter part of the century from agriculture to manufacturing as a mill complex grew along the above-mentioned rivers.

Familiar names that date from that period include Jonathan Fairbank, Edward Goodale, Robert B. Thomas, founder & editor of the Farmer’s Almanac, and Ezra Beaman, who is referred to as “the father of West Boylston”. Many of the streets in town were named after these people. Unwilling to travel to the Congregational Church in Boylston for church services and town meetings, thirty families, led by Ezra Beaman, constructed a church three miles west of Boylston on the site of the present common in West Boylston.

The State Legislature was petitioned and precinct status was granted in 1796. Finally, in 1808, the General Court incorporated West Boylston as a town. Ezra Beaman served simultaneously as Selectman, Treasurer and the first Representative of the Town to the Legislature.

The availability of water power, which attracted the mills here, was responsible for the selection of West Boylston as the best site for a much needed reservoir to serve the needs of the city of Boston.

From 1896 through 1905 West Boylston endured the building of the reservoir and the destruction of its mills and farms, including the Beaman Farm and its famous Beaman Oak, four churches and eight schools as well as acres of fruit trees. Twenty-five houses and a cemetery were moved and over seventeen hundred residents were displaced.

A decade and $11,000,000 later the Wachusett Reservoir was completed with the impressive Old Stone Church (above) standing as the last remnant of the town which was once in the valley. No longer the industrial mill town it once was. West Boylston has grown in population and renewed vitality into a lovely residential community enhanced by the beauty of the tree-bordered Wachusett Reservoir